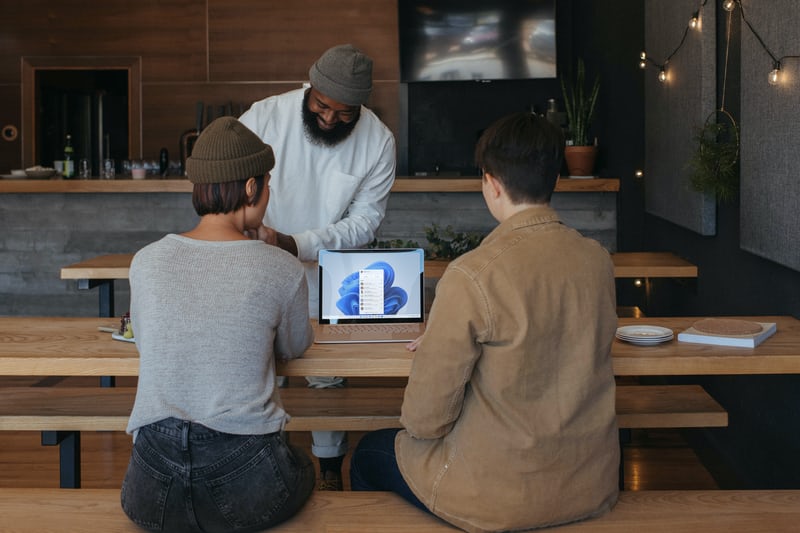 Offshore development is undeniably beneficial, and hiring offshore developers enables companies around the world, from start-ups to large enterprises, to cut costs while still achieving their desired results. While rates for offshore developers vary from country to country, you can save on from 40% up to 70% of what you would have to pay for local developers.

Asia is one of the leading destinations for US and Europe-based companies to hire offshore developers thanks to its competitive pricing and skilled IT workers. In this article, weâ€™ll share with you how you can get access to the best offshore developers in Asia.

7 Reasons Why You Should Hire Offshore Developers in Asia

Asia has a much larger number of developers than Europe and America. For instance, in Vietnam there are currently more than 400,000 developers, and India has more than 900,000.  This sheer number of IT workers available for recruitment gives Asia a huge advantage in the IT offshore development market because this is a very labor-intensive industry.

Hiring offshore developers from Asia also gives you a productivity benefit, because Asiaâ€™s population is younger than that of Europe and America. Young people are definitely better at enduring long working hours, which are often necessary to fulfill laborious IT projects, than older people.

2. The cost of hiring offshore developers in Asia is lower

Most of Asia still consists of developing nations. The levels of salaries in Asian countries are mostly lower than those in their Western counterparts. Lower salaries enable Asian vendors to give you a better price for developers. In Asia, you can get a rate that is up to 20-30% lower than whatâ€™s offered by Western offshore development destinations for the same level of qualification.

3. The quality of offshore developers in Asia is high

There is a common misassociation that Asia is able to bid lower prices because its developers produce lower-quality output, but the truth is that Asiaâ€™s lower price is directly connected with its lower standards of living, not with lower quality of output. Asian nations, such as India and Vietnam, regularly have made a list next to the top countries with the best offshore developers in the world.

4. You can have round-the-clock productivity with Asian developers

The time-zone difference between Asia and Western clients makes it possible for developers from both sides to create a round-the-clock workflow. When youâ€™re resting, Asian programmers are in their business hours executing your project. When they are resting, you get back to work and keep on the workflow. Productivity maximized!

5. Thereâ€™s a wide variety of skills among developers in Asia offers

6. Communication with Asian developers is no longer a barrier

Communication with developers used to be a barrier for English-speaking clients, but itâ€™s not anymore. Asian offshore development providers had understood that they needed to eliminate this communication barrier if they were going to attract outsourcing clients from the lucrative Western market, so they have made English fluency a must-have in their job requirements. Asian developers stand this reality, too, so they learn the English language at school to be able to get into the well-paying IT industry.

7. Asian developers are committed and hard-working

Asians are known for working hard and staying committed, which means you will be less likely to be troubled by missed deadlines or delayed projects. These qualities donâ€™t just exist for no reason but due to the Asian culture. In Asia, family members have a close relationship with one another, and many people work to provide for not just themselves but their whole families. This is commonly what motivates Asian developers to work hard and stay committed to fulfilling their projects; only so they will have the money to take care of their families.

How much offshore developers cost in Asia?

China and India are the largest Asian tech hubs with a massive number of software engineers. Other countries in Asia, such as Vietnam, Malaysia and Indonesia, are also growing stronger and offer similar software development services, often at a bit lower price.

Vietnam has been rising on its many advantages to be a key player in the global IT outsourcing market in recent years. It currently has around 400,000 developers, and over 50,000 IT graduates coming out every year. Try some quick Google searches, and you will find that Vietnam has had its name on pretty much all lists of the best places to look for offshore developers in Asia.

Vietnam offers some of the best prices among Asian countries, and today many global tech giants, such as Samsung, Google, LG Electronics, are relying on Vietnam to supply them with high-quality developers. In an interview with Reuter, Neill Fraser, an IT engineer from Google, said after having visited local schools in Vietnam, â€œVietnam has the highest-performing computer science students Iâ€™ve ever encounteredâ€.

Read more: IT Outsourcing in Vietnam

While Vietnam is a rising star, India has been supplying offshore developers for organizations for decades. India is always in the top 5 countries that have the largest number of STEM graduates in the world with more than 3 million of developers, and around 120,000 more coming out every year.  With its massive number of IT workers, India is often the go-to destination for gigantic offshore development projects that require thousands of developers.

On the same level with India, China is another established offshore development hub that has the capacity to supply sizable numbers of developers. When it comes to the ability to handle industrial-size production, no country has the population to overtake China and India.

The quality of offshore developers from China is high thanks to the focus of its educational system, which is on Maths and Science. One downside of China is its level of salaries has been increasing considerably in recent years due to its increased standards of living, so the cost of offshore developers here can be relatively higher than in other Asian hubs.

Filipino developers have their own advantages that others donâ€™t. The Filipino lifestyle has a nice blend of the Western culture to it because of Americaâ€™s past colonization. This cultural mix allows Filipino IT workers to be familiar with the work style of Western clients, and today the Philippines is now among the nations with the most English speakers. These qualities can facilitate the collaboration between Filipino developers and their Western clients. However, apart from its high frequency of climate disasters, political instability is an on-going problem in this country that results in mass protests.

How to hire offshore developers in Asia?

Before you go on to hire developers from Asia, make sure you follow the checklist:

Having a budget in mind will allow vendors to advise the best options for your project.

Here are some tips that you can use to find the right offshore developers from Asia.

Asia has been becoming increasingly competitive in the IT offshore development market, and hiring developers here will bring you a lot of benefits that you wonâ€™t get to enjoy elsewhere. I hope this article has provided you with useful information on how to hire offshore developers in Asia. If youâ€™re looking to hire developers from Vietnam and not sure how to get started, fill out the box below and our Sales team will be in touch shortly to advise!

CMC Global is among the top 3 IT offshore development services providers in Vietnam. We operate a large certified team of more than 1,500 developers, covering all tech stacks, and can supply you with the right team, regardless of size, at a very reasonable cost.

Offshore development center that transforms your business: Where to find?