According to a report by Statista, in 2019, the global outsourcing market value reached a new record of 92.5 billion USD and is expected to increase even further in the coming years. With numerous successful outsourcing examples, this service is definitely here to stay. So, why has outsourcing become so popular among high-profile businesses?

As the name suggests, “Outsourcing” means employing external resources for business functions replacing the need for the conventional in-house support, ranging from assets, processes to even people. There are two main types of Outsourcing, Business Process Outsourcing (also known as BPO) and IT Outsourcing (or ITO). The latter, where outsourcing is most mature and developed, is reported to occupy at least 60% of the total outsourced work worldwide.

A global survey on outsourcing from Deloitte revealed that the most popular incentive for outsourcing is cost reduction, followed closely by core business focus. With a myriad of applications in numerous office processes such as IT, HR, Finance, Procurement, Customer Service, and the wider back-oï¬€ice functions, it is no surprise that Outsourcing has become so widely sought after.

But is outsourcing really worth all the hassle and investments? Today, CMC Global have hand-picked for you 6 success stories from big-name companies in different fields of business to prove that the answer is yes! What’s more, you can learn from the giants to become one of the best yourself.

These examples of successful outsourcing are a testament to the power of outsourced processes in fueling growth and business in the long run.

This China-based e-commerce, retail, Internet, Artificial Intelligence (AI), and technology conglomerate is no stranger to the world. Chances are you have probably been browsing their website and shopping for goods and products at a much cheaper price than any other platform. However, what you might have not known is that Alibaba actually outsourced many of its processes since the early days.

When it comes to outsourcing, China and India would spring to mind as vendor countries, with low-cost manufacturing and labor work. However, Alibaba turned the stereotype on its head with an opposite problem.

According to the book Alibaba: The Inside Story Behind Jack Ma and the Creation of the World’s Biggest Online Marketplace, when it was in its infancy as a small Internet business, the company decided to create a website that would appeal to both the domestic audience and the English-speaking world. However, at the time (1999), the human resources that could take on such a task were not only scarce in China but also in many overseas countries as well.

To combat this problem, Alibaba decided to learn from its competitors and outsourced its web development processes to the US. Here, American remote developers all had the skills and experience that was required to develop what was to be the biggest online marketplace in the world.

Of course, by now Alibaba has become one of the biggest players in the field of eCommerce and is expending its reach to many other businesses. The website took off phenomenally since its outsourcing days, bringing home about $56.152 billion in global revenue as of 2019 for the company. In addition, this approach to web development also allowed Alibaba to get around many government restrictions and innovate with the highest-quality technologies.

Such successful outsourcing examples demonstrate the importance of locating the most superior talent pool to support your business scaling plans, even if it’s overseas.

This is easily one of the most discussed examples of a successful outsourcing story.

Long before the purchase by Facebook, the company started out in 2009 and by 2012, it was still a small firm with a total of only 30 full-time and 5 part-time employees in Mountain View. The app at the time struggles to keep its cost at a reasonable level while striving to push its competitive advantages to compete with other players on the market, especially the SMS technology which had established a strong holding in users’ habit by then.

Clearly, the business could not grow into what it is today with such a nominal number of staff members. So, what solutions did they come up with? The answers: Russian developers!

WhatsApp decided to transfer almost all of its core development to an entrusted team of professional developers from Eastern Europe, starting with the first iOS developers, Igor Solomennikov. The reason for this outsourcing decision was that Russia offered high-quality IT talents at a much lower price than the US with little difference in expertise.

In the end, outsourcing helps WhatsApp get off the ground with as little money as possible. Thanks to the offshore development team, the app shortly took the top rankings on Google Play and App Store, eclipsing the traditional SMS across platforms. Since then, it has become one of the most popular chat apps in the world and was sold to Facebook 2 years later for $19 billion.

This is another clear example of how foreign IT talents might be of the greatest assistance to your blooming business.

There is no need for introduction for this international corporation. Yet, many may question why such a huge player in the market need external resources to help with any process management. Certainly, they can employ their own staff, right?

On the contrary, it’s is precisely the overwhelming size of this company that encourages it to leverage outsourcing. Since the company spans across continents with each branch overseeing countless complicated processes, outsourcing is inevitable.

For years, Google has been outsourcing work, including virtual assistant, IT, and software development to name but a few. Among these remote tasks, the arguably most popular anecdote is Google AdWords, which made the headlines in 2011. With coverage of over 90% Internet users worldwide, this tool is a holy grail for any marketers on the globe. To ensure smooth operation of such a hefty service, Google employed more than 1000 outsourced representatives from over 60 countries to take charge of customer service and client support.

Such successful outsourcing examples demonstrate that Outsourcing can benefit any business regardless of their shapes, sizes, and fields. Employing offshore labors for repetitive tasks at a lower price than in-house staff can also allow you to invest more in your target products and services.

Skype, the successful communication startup, is one of many examples of how outsourcing from the early days can kickstart your business tremendously.

The company was founded in 2003 by two Europeans, one from Sweden and the other Denmark. Instead of building the software on their own, they made use of three professional developers from Estonia to create their dream platform from the back-end up. This approach not only allowed them to get access to the latest high-tech updates but also cut down excess costs.

Together, they created the app that all offices know and love today. One Estonian developer is credited alongside the co-founders for the idea of reducing the cost of voice calls by using a P2P protocol. Other features like video chat, instant messaging, and file transmission have also made Skype indispensable.

Just 2 years after their establishment, Skype was purchased by eBay for $2.5 billion in 2005, and in 2011, by Microsoft for $8.5 billion. By now, Skype has revolutionized the way companies do business, pioneering remote communication technologies, facilitating outsourcing for the world.

Similar to Skype, Slack is currently one of the most popular tools in use for remote communication, bridging the gap between in-house staff and offshore teams. But, the situation could have been much different if it had not been for their outsourcing tactics.

In its infancy, Slack was made up of a very small team of 4 talented individuals. At the time, it was just a mere internal team collaboration tool, closely resembling an IRC inside a browser. Thus, when the team decided to take their creation to another level, they had difficulties with the visual aspects of the tool among other issues.

To combat those problems, the Slack team hired a design firm called MetaLab who reworked the companyâ€™s website and app, as well as redesigning its logo, creating most of what consumers see when they interact with the messaging service today.

By outsourcing Web design and Beta testing, Slack was able to get important feedback and objective opinion that helped them stood out from the rest of the market. As a result, the Slack team earned $221 million last year and had over $900 million in cash. The app currently has over 3 million paying customers with 8 million users in total.

This is one of the successful outsourcing examples that show that outside perspective is more important than many have thought before.

GitHub, originally based in San Francisco, started from a background of writing in the Ruby on Rails framework. As the solution progresses, the founders realized they would require help from someone extremely proficient in Git itself. Then, in a Ruby meetup, GitHub CEO and co-founder came across Scott Chacon whose thorough understanding of Gits is few and far between at the time. Chacon joined the GitHub team as a consultant on an outsourced basis as per the request of the founders and went on to write the back-end of their website. He later became the company’s CIO.

The tool has become a must-have for any software developer in the world. There are currently 40 million users who use GitHub for version control, source code management, bug tracking and more on a daily basis.

What does these successful Outsourcing examples tell us?

Each of these 6 companies above employed various type of outsourcing but their stories all share the same conclusion: Outsourcing is a vital key to long term success and expansion. Whether you are a rising startup like WhatsApp and Skype or an established cross-continent enterprise such as Google, your business will definitely benefit tremendously when choosing outsourcing service.

Contact CMC Global today and venture on the fastest route to success. 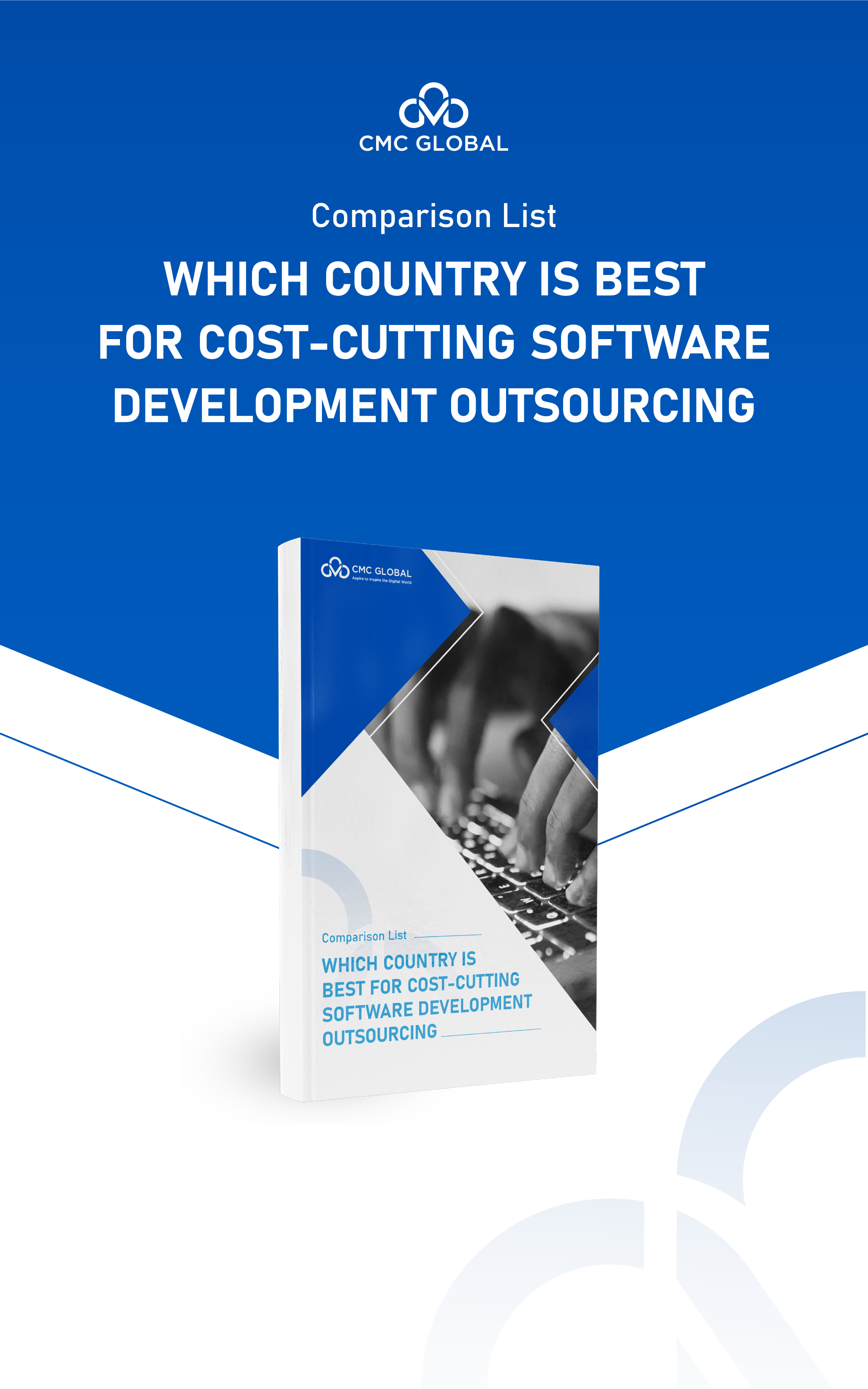 Top Skills on Resume to Stand out (With Examples)

Why We Eat Our Own Dog Food, and You Should, too?

RPA failures: Top 8 causes and how to avoid them