Microservices is a type of software architecture that has been growing in popularity. This architecture has been adopted by many tech giants, such as Amazon, Netflix, Uber, for their applications and systems.

So, what are microservices? And why has it been increasingly adopted by companies around the world? Letâ€™s find out in this article!

Microservices are an architectural approach where an application is broken into smaller components that are loosely coupled and independently deployable. These independent components are called microservices and typically have the following features: 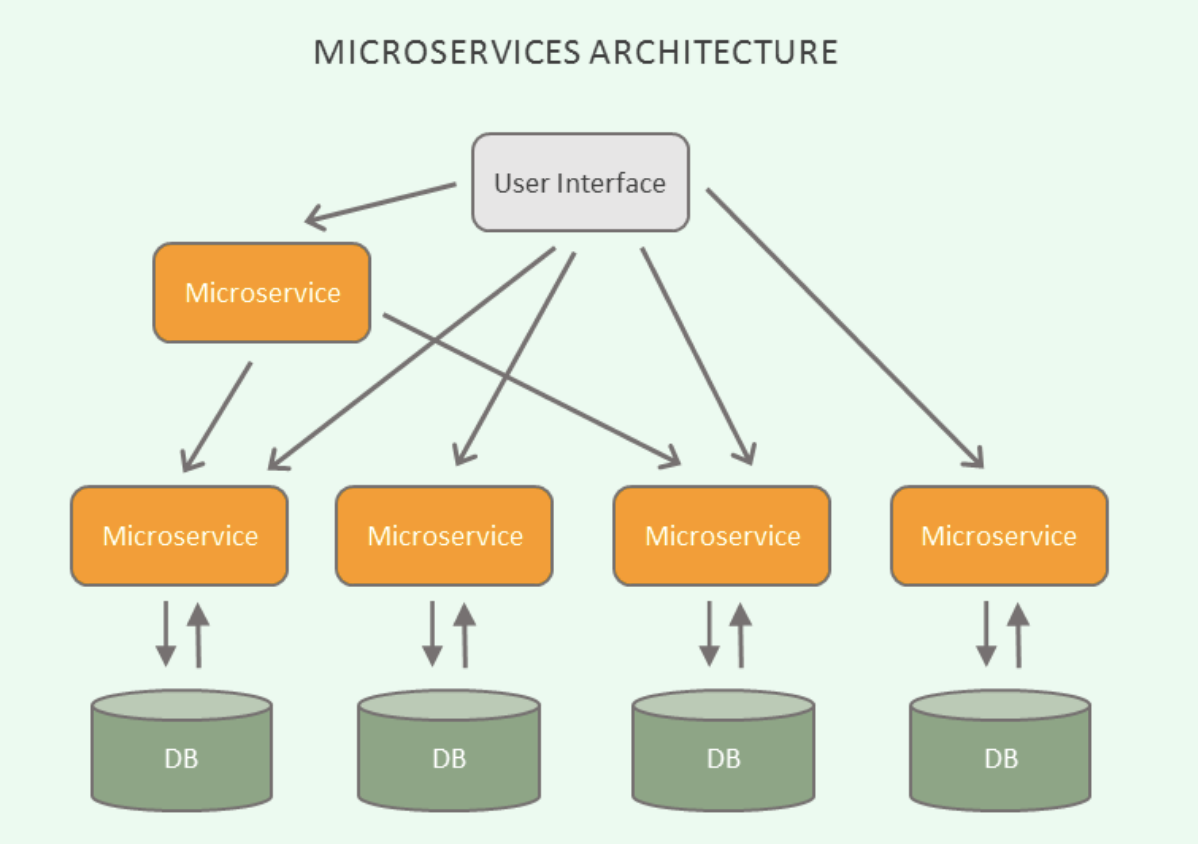 The key reason why microservices are used over other architectures is that they make it easier for developers to build and scale apps. Thatâ€™s how microservices came to be; they originated from the need for easier development when applications were growing bigger in size.

History of How Microservices Became Known

To understand how microservices came to be, you need to know what came before them. Monoliths.

Monoliths, or monolithic architecture, is an architectural approach where an application is built as a single and indivisible unit. The entire system is closely intertwined from the database up to the user interface level. In this architecture, where the services are highly connected, when developers want to make changes to a service, they will have to work on the entire system to those changes. This is what happened to Amazon.com back in the 2000s when its business grew big.

Circa 2001, the Amazon eCommerce website, built on monoliths, grew to be so vast and complex, due to the companyâ€™s exponential growth, that it became incredibly difficult to manage and update. It would take a mountain of operations (such as reconciling the in-process changes from hundreds of developers, resolving all the discrepancies among them, merging them into a single version, etc.) for the release of a new feature or version of the web application.

To get around this problem, Amazon step by step broke up its monolithic website into numerous smaller services that were loosely coupled and could operate independently from one another. For example, there was a single service that rendered the â€œBuyâ€ button on the product page, and another service for calculating the correct tax during checkout. This architecture was made possible thanks to APIs being brought into use as the only communication method among services. APIs are what allow services to communicate with one another while being highly decoupled.

Of course, this is a simplified version of the story, and the undertaking wasnâ€™t easy, but Amazon was successful.  Although the company didnâ€™t invent the term microservices, this term didnâ€™t even exist at the time Amazon was transforming its system, this architecture was basically what Amazon set out to build to solve their problem. So itâ€™s safe to say that Amazon more-or-less invented the microservices architecture that we know and use today.

As other tech giants, such as Netflix and Uber, saw how microservices had transformed Amazonâ€™s whole business, they started to make the transition from their monoliths to microservices as well, and inch by inch that was how this revolutionary architecture became known to the world.

Monolithic architecture is a software development approach in which applications are built as a single indivisible unit. In a monolithic application, services are interconnected and interdependent, which means an update on a single service will require adjustment across the entire application.

In microservices, on the other hand, services are built to be dependent and single-purpose, which means they have their own business logic, database and perform a single task (e.g, the â€œBuyâ€ button on the product page). As services in this architecture are loosely coupled, an update on a service doesnâ€™t interrupt the operation of others.

Due to the way services are built and connected, developers have a much easier time building and updating functions in microservices than in monolithic architecture. You can have different teams working on different services simultaneously while having the rest of the system still in operation with microservices. This highly flexible operation is not possible with monolithic architecture.

How Are Microservices & Cloud Computing Related?

Microservices are a software architectural approach; itâ€™s a way to build software which you can reside anywhere you want. This means microservices applications donâ€™t necessarily have to be built in a cloud environment; you can have microservices in your privately-owned data center placed in your headquarter.

Pros And Cons of Microservices

Despite being a revolutionary technology, microservices are not the perfect architectural approach that fits everyone. It does have its own pros and cons, understanding which will allow you to know whether you should go microservices.

When To Go Microservices & When To Stay monolithic?

When To Go Microservices

Due to the challenges associated with microservices, you should use this architecture only when the pay-off is worthwhile. Here are some common use cases:

When To Stay Monolithic

People are going microservices doesn’t mean you will have to follow suit. There are situations where using monolithic architecture is the most beneficial, such as:

Other Examples of Microservices In Use

The microservices journey of Netflix started in 2008 when it was suffering from service outages and scaling difficulties after it had started its movie-streaming service in 2007. The tipping point that led Netflix to realize it needed to go microservices was when it experienced a major database corruption and was unable to ship DVDs to its users for 3 days.

Microservices helped Netflix overcome its scaling and outage problems, and by 2017, the company ran over 700 loosely coupled microservices in its system. Today, Netflix streams about 250 million hours of content on a daily basis to over 139 million users in 190 countries and continues to grow.

A side benefit that Netflix didnâ€™t expect was cost reduction as its cloud cost per streaming ended up falling to a fraction of that in its privately run data center.

As its application exploded in usage, Uber ran into growth hurdles due to its original monolithic architecture. There were a lot of difficulties in developing new features, fixing bugs, and keeping track of its booming global operations, and the monolithic nature of the Uber application required developers of extensive knowledge to make simple updates and changes to the system.

To overcome these problems, Uber went on to break its system into cloud-based microservices. They built loosely coupled services for different features such as passenger management, trip management, fair calculation, etc. With its system on microservices, Uber was able to assign clear responsibilities for specific services to specific teams, which helped increase the speed and quality of its development.

The transition to microservices at Uber wasnâ€™t smooth though. Uber had about 1,300 services when Uber started working out how they could apply microservices, some were old and some were not in use anymore, and it needed a clear standardization strategy to prevent its system from spiraling out of control during the transformation.

At first, Uber created local standards for each microservices, which worked well and got its microservices off the ground. It later, however, found out that individual microservices couldnâ€™t work effectively with other microservices due to differences in standards. When developers wanted to change one microservice, they often needed to change others associated with it to prevent service outages. This problem hindered the scalability of the platform, so Uber needed to find a new solution.

Eventually, Uber made an all-out effort to develop global standards for all microservices, which then helped it successfully solve the scalability problem.

Microservices are a revolutionary technology that has allowed many businesses to grow to their full potential. However, this architectural approach does come with a few trade-offs which are the reason itâ€™s not the perfect solution for everyone. Understanding your business and your technological needs will allow you to decide whether you should stick with monolithic architecture or go microservices.